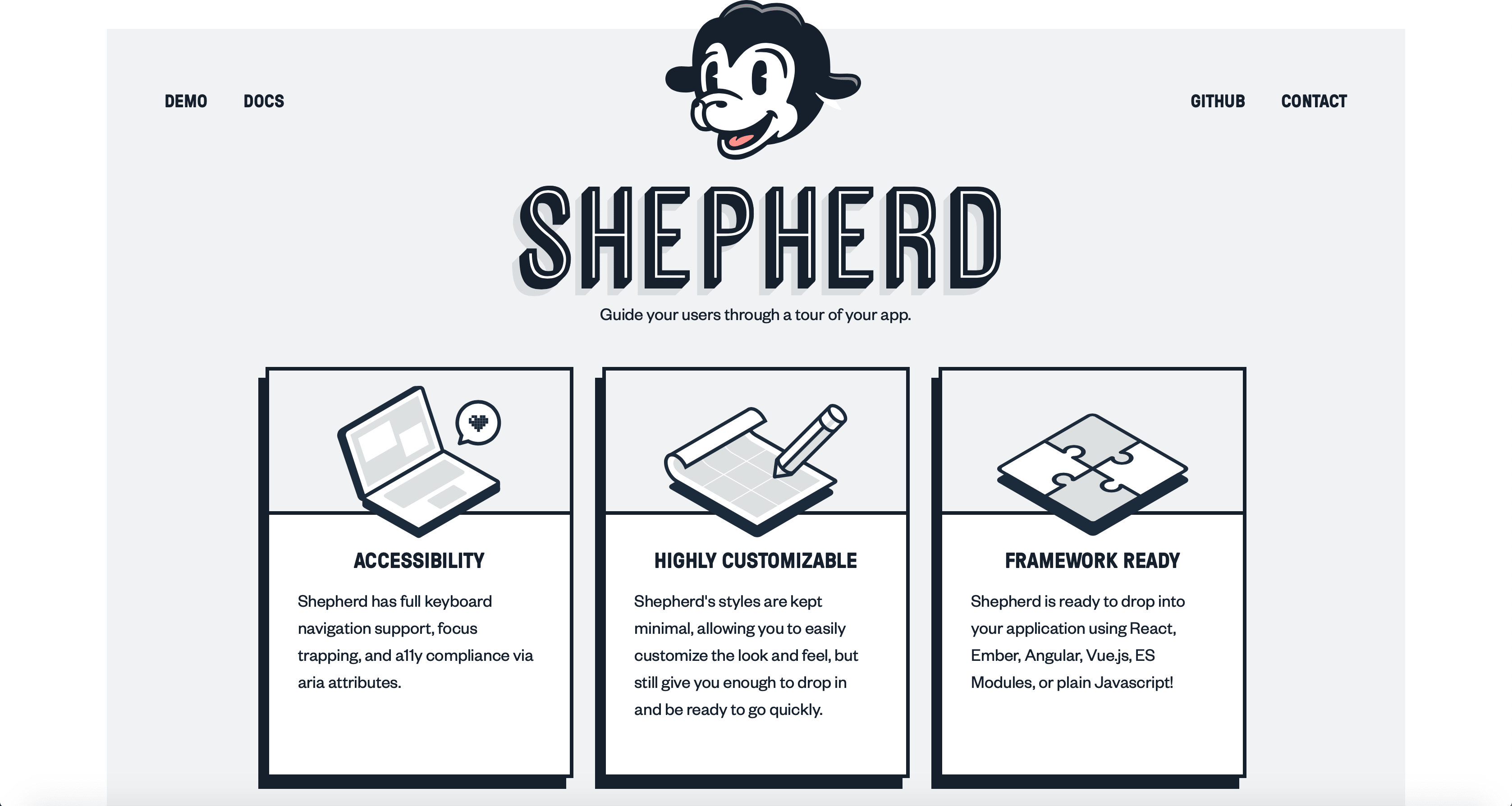 Where can I attach my Shepherd Step?

In previous iterations of Shepherd, we could define what the Step was attached to in the DOM with the attachTo option either when setting up a new Tour or new Step like so:

Previously the element value could be one of two things: a DOM selector string or HTMLElement. These work well for static sites and cases when the element is loaded at build time and is not expected to change. But what about Single Page Applications (SPAs) or any other situation that requires highly dynamic content?

Shepherd 10 now supports a callback function that returns a DOM selector string, HTMLElement, undefined, or null as an element value.

We now resolve the attachTo options in the before-show phase which by its name resolves the attachTo specifications just once before the Shepherd Step is shown on the DOM. By also memoizing the attachTo resolution, Shepherd 10 delivers a more performant experience to users as they navigate each step in a tour.

If you haven’t heard of memoization before, not to worry it is simply a way of storing information which in most cases saves time.

In programming, memoization is an optimization technique that makes applications more efficient and hence faster. It does this by storing computation results in cache, and retrieving that same information from the cache the next time it’s needed instead of computing it again. —Germán Cocca


It’s not surprising that the words memorize and memoize share the same latin root memo which means “to be remembered”. Instead of constantly wondering what is in the fridge, if you write down a list and carry it with you to the grocery store, you only have to think about it once.

For those familiar with Big O notation, memoization is often described as a trade of space for time complexity. We take up a bit more space in the cache in want of faster load time.

For those familiar with Shepherd, very little has changed about how we define the attachTo element. We still require some element to place the step (or null or undefined), but using the callback opens up our options for placing the step.

Here is a simple example where we have a button that expands a custom dropdown menu. However, because menu options are dynamic, they can vary from user to user or login state.

In the tour, let’s say we want a Step to eventually attach to .oranges. Let’s configure the callback to select it by its class name.

And that’s it! As long as the callbacks return value is one of the accepted data types our Step will attach as expected —even to dynamic elements. In previous iterations of Shepherd this was more difficult because the .oranges element wouldn’t exist at the time of attachTo resolution. Let’s take a look at another way we can select .oranges.

Ride into that Danger Zone 🛩

Hope you enjoyed this intro to Shepherd 10! We at Ship Shape are excited to see your projects and how Shepherd can support tours on custom, creative, and boundry-pushing apps. Any questions about Shepherd or its implementation? Contact the Ship Shape team for professional consulting services from the maintenece team themselves.

Building (or Rebuilding) a Website with Accessibility in Mind