We maintain many open source projects at Ship Shape, and are constantly looking for better ways to handle processes like testing and linting, CI, code coverage metrics, live previews etc., but one of the most ubiquitous needs across all of our packages is a consistent release pipeline. Until recently, we didn’t have a real set standard. We would use npm version and npm publish directly in some places, we would manually push tags with git push --tags, and we were doing every step of the release pretty manually.

Once we discovered release-it, we were able to finally have a standard way of doing all the manual release bits in one easy command. It allows us to bump the package version, generate a changelog, commit, tag, push commits, push tags, release on GitHub and release on npm all with a nice step-by-step CLI command. 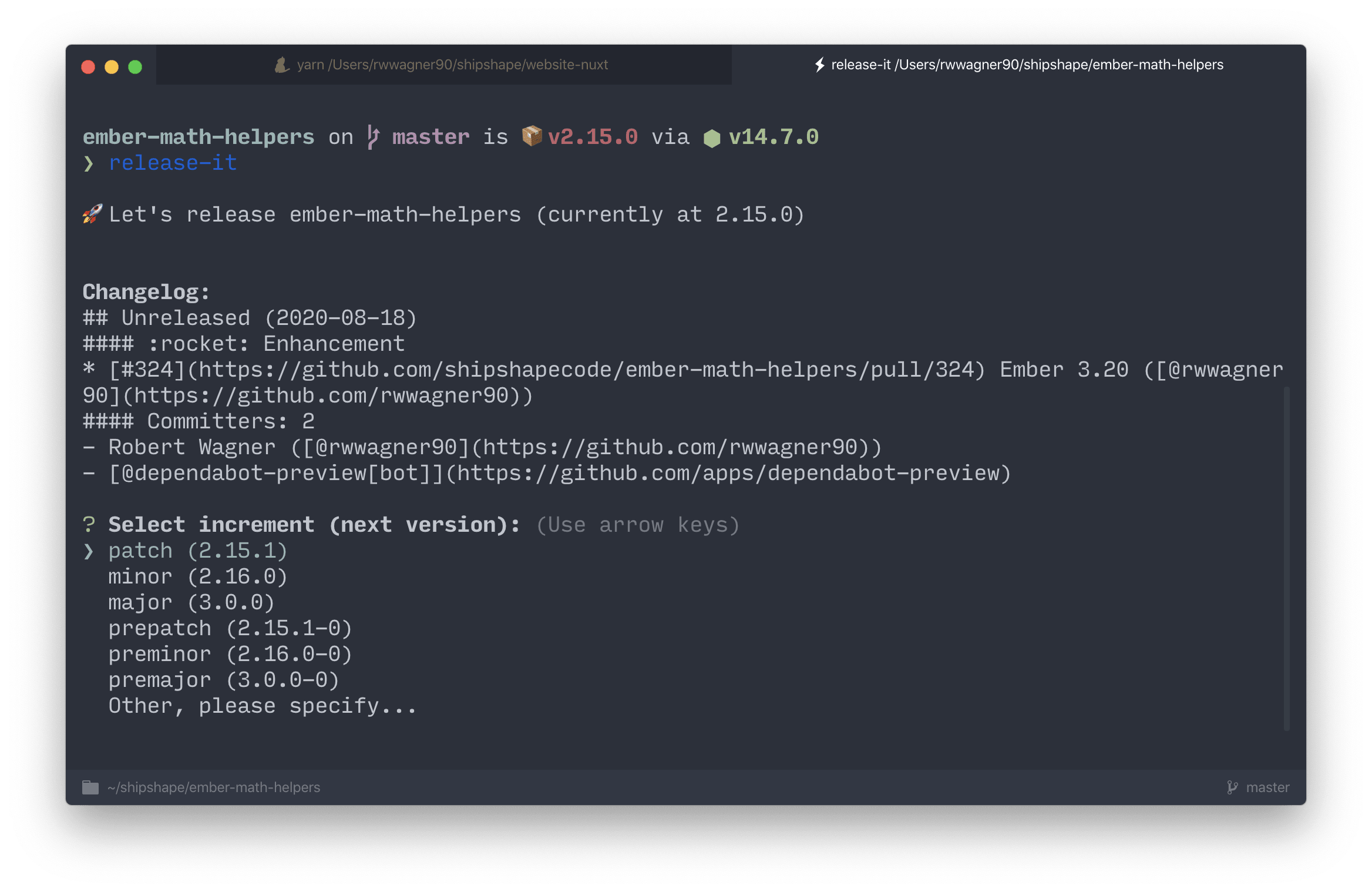 To simplify the setup process even further, we have been using create-rwjblue-release-it-setup by the incomparable @rwjblue. Which does the following:

This gets us up and running with release-it in a single command:

We are then up and running with release-it and are ready to release our packages! There are a lot of config options for release-it, if you have more custom needs, but this should handle the basic case. Enjoy releasing your packages!